4th of July Liberation from Police and War!

This July 4, we’re not celebrating. We know that no one is free and liberated until we all are — and war oppresses everyone. Instead of celebrating, we’re taking to the streets in car caravans across the country to demand liberation from police and war. We have caravans in cities from Washington D.C. to Taos, to San Francisco. Sign up here to engage locally to call for independence from cops and war

For true liberation, we need to defund the police and defund war. Did you know that the Pentagon has so much money they’ve sent $7.4 billion in “surplus” military weapons to local police departments since the 1990’s?

We spend over 55% of our discretionary budget on the Pentagon every year and almost half of that money goes into the pockets of private weapons manufacturers while the American people remain without sufficient health care or other necessities.

Even if you can’t join a car caravan this weekend, you can join us in demanding liberation from police and war by contacting your Representative and Senators and ask them to support a 10% cut to the Pentagon budget 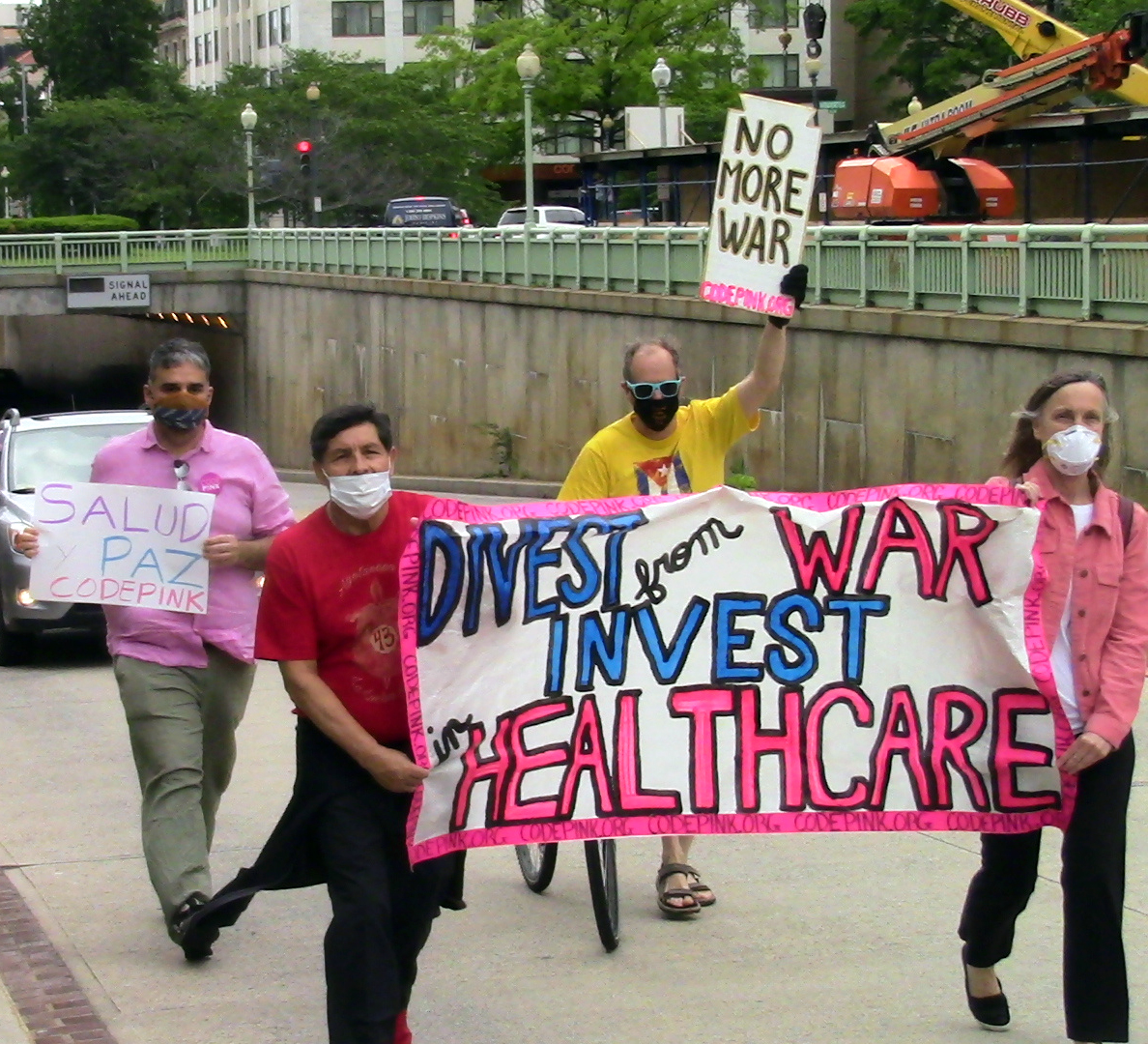 The coronavirus pandemic and mass uprising for racial justice have provided us with a historic opportunity to cut the Pentagon budget and invest in our local communities, but we must act swiftly! In the decade following Sept. 11, 2001, military spending increased 50 percent, adjusted for inflation. In comparison, spending on every other non-military program — things like education, health care, public transit, and science — grew by only 13.5 percent over the same time period.

With spiking unemployment and America’s public health emergency, the backwardness of U.S. priorities are in the spotlight and leaders in Congress like Bernie Sanders are taking bold action to cut military spending. THE SENATE IS RIGHT NOW VOTING ON PROPOSED AMENDMENTS TO THE NDAA! So, add people power to Senator Sanders’s proposed amendment to the National Defense Authorization Act (NDAA) to cut the Pentagon budget by 10% by contacting your Senators and Representative and joining us in the streets for peace rallies to #DefundWar.

Let’s make this July 4th a day of demanding justice and liberation for all!