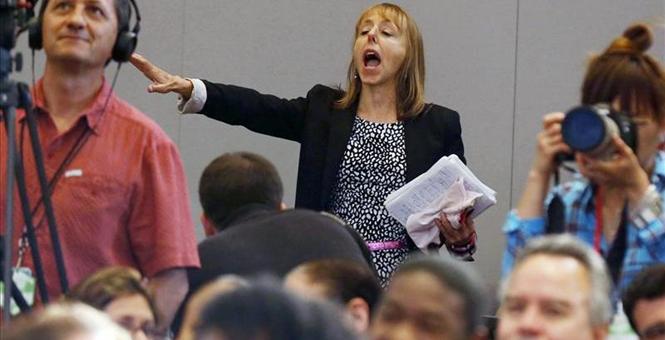 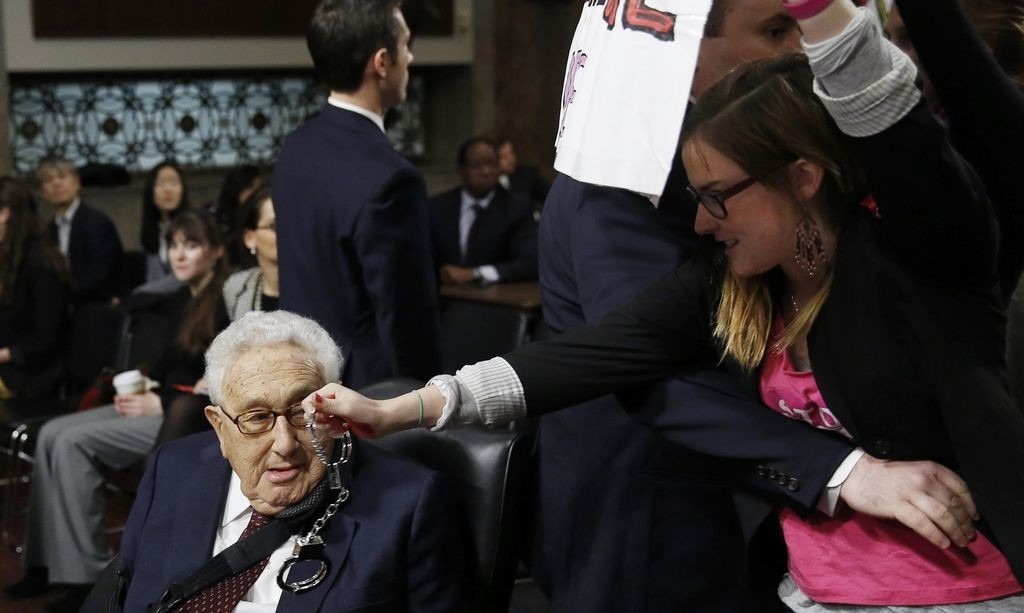 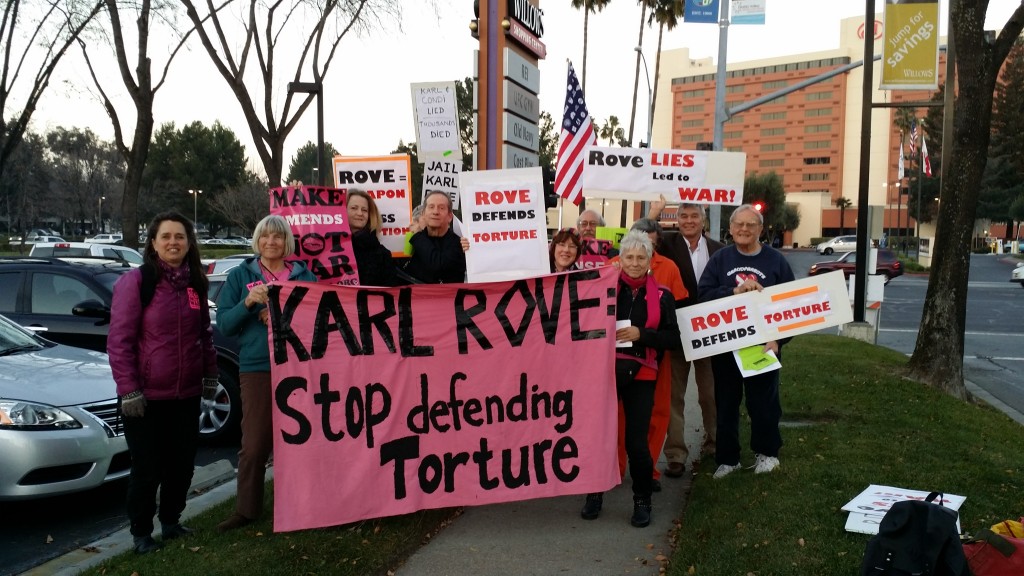 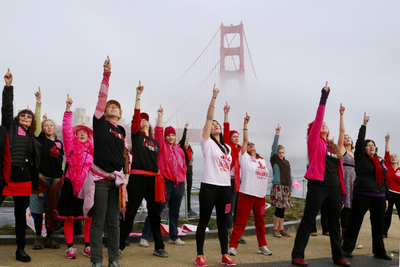 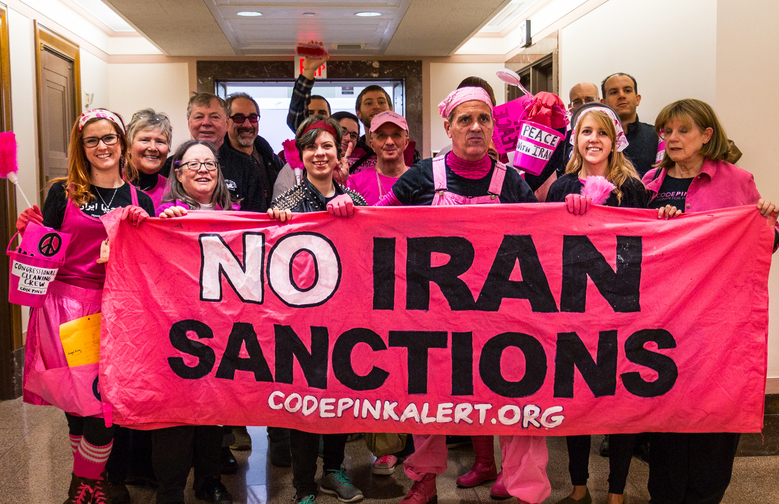 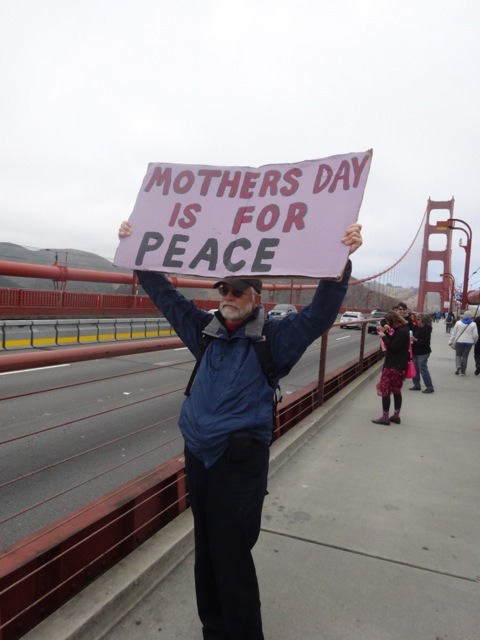 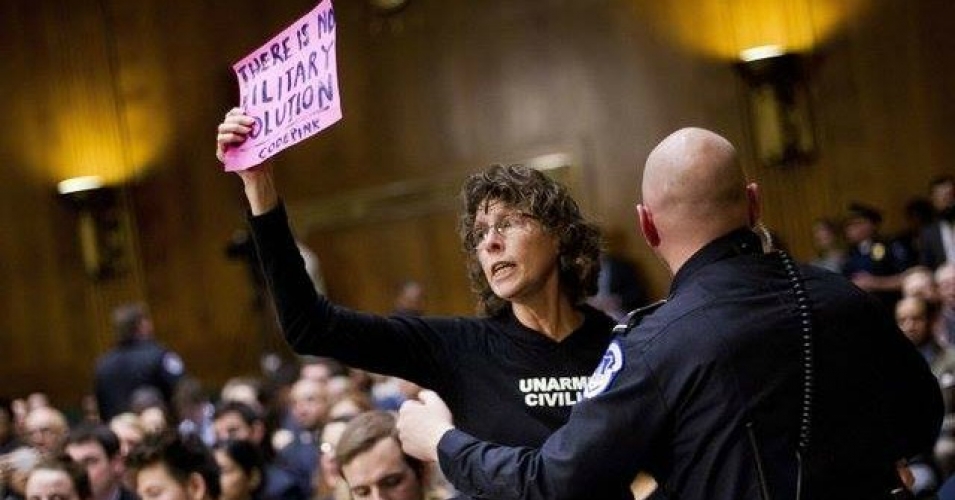 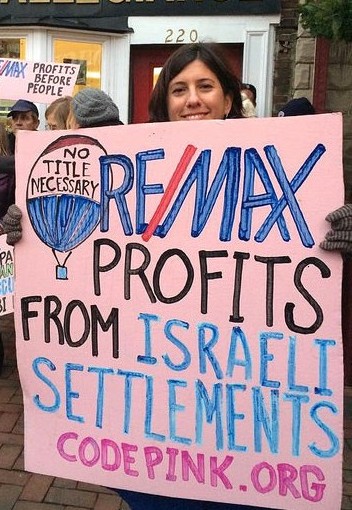 CODEPINK was started by a group of American women to stop the United States from invading Iraq. The name CODEPINK plays on the former Bush Administration’s color-coded homeland security alerts — yellow, orange, red — that signaled terrorist threats. The Bush’s color-coded alerts were based on perceived threat and used as excuses to justify: preemptive invasions, airstrikes, assassination, sanctions, torture, the acceptance of collateral damage, and the violation of international law. These actions have not made America safer, what they did do was let loose a civil war, ethnic cleansing, refugees, and after billions of dollars spent and hundreds of thousands of lives lost a stable democratic government in Iraqi is still in doubt. Americans want an international environment favorable to democratic values and institutions, and many mistakenly think this environment can be created only by force. The used of force as in Iraqi only creates international crisis which nourishes the war machine and gives officials and military’s  around the world the pretext to flourish an aggressive ideology, to enlarge its control of national policy and to silence criticism. The use of force has not made us secure or spread democracy only death, suffering and corruption. A dangerous world demands security. It does not demand the militarization of national life or life of the world. The demilitarization of national and foreign  policy is the best safeguard against the creation of an American imperial militarism at home and abroad. CODEPINK alert is a feisty call for people to “wage peace.” against American militarism using non-violent democratic methods of negotiation, cooperation among people and nations to create strong democratic institutions that make not just America, but all nations around the earth safe, secure and free from violence, especially against women and children.

CODEPINK wants America’s military budget slashed, which is greater than the rest of the world combined, as part of the demilitarization of national and foreign policy and to bring those war dollars home to be invested into a green/peace economy where people matter. A green/peace economy is an inclusive economy, where environmental resources and the wealth generated by them are shared in a more equitable way. The United Nations Environmental Program (UNEP) defines a green economy as “one that results in improved human well-being and social equity, while significantly reducing environmental risks and ecological scarcities.”

CODEPINK members work to end war and for policies that transition the US from the brown economy of capital being put into militarism, fossil fuels, property, structured financial assets with embedded derivatives to a green/peace economy were fiscal resources are invested in renewable energy, energy efficiency, sustainable agriculture, education, healthcare, ecosystem and biodiversity protection, land and water conservation.

CODEPINK has become famous for confronting politicians, current or past in the halls and hearing rooms of Congress with voices, banners, protests, dance and call on them to stop waging war. We work with a network of local organizers, organizations, online supporters and generous donors. CODEPINK puts an emphasis on joy, humor and civil resistance as outlined in Pink action principles, and of course wearing pink. CODEPINK has become a worldwide network of women and men committed to working for peace, social justice and the green/peace economy. We need your help to spread the word. Please consider joining our efforts to get the message out; to wage peace not war. 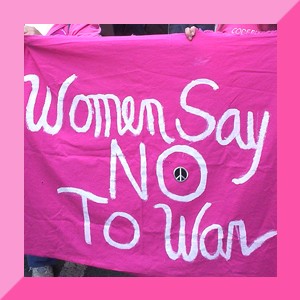 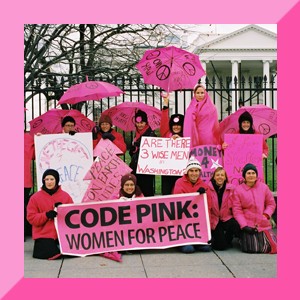