Barbados Works toward a Green Economy Historically, the economy of Barbados had been dependent on sugarcane cultivation and related activities, but since the late 1970s and early 1980s it has diversified into the manufacturing and tourism sectors. According to the World Bank, Barbados is classified as a mixed economy and as being in its 66 top high income economies of the world. A 2012 self-study in conjunction with the Caribbean Development Bank revealed 20% of Barbadians live in poverty, and nearly 10% cannot meet their daily basic food needs. A primary goal of a Green Economy besides sustainable development is poverty reduction. 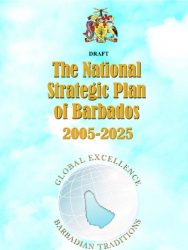 In partnership with the United Nations Environment Program (UNEP), Barbados has created a National Strategic Plan (NSP) to transition Barbados to a green economy. The National Strategic Plan of Barbados 2005–2025: Global Excellence, Barbadian Traditions provides the blueprint for the realization of Barbados’ vision of becoming a “fully developed society that is prosperous, socially just and globally competitive.” The NSP recognizes there exists tremendous potential for greening sectors of the economy such as agriculture, energy, transportation, tourism, building/housing and management of wastes as well as coastal and marine resources. Prime Minister, Freundel Stuart, has defined a green economy in the Barbadian context as: “An integrated production, distribution, consumption, and waste assimilation system that, at its core, reflects the fragility of our small island eco-systems”.  But no vision or plan will be successful unless the people fully embrace it and commit themselves to its realization. That is why this Plan places people at the center of its development efforts. “There has to be a renewed effort at creating greater equity and social justice, strengthening national identity, and at building a truly inclusive society of genuine opportunity for all. Restoring optimism among the poor is as critical as energising the rich to take risks and to invest.”

Public education efforts, such as the establishment of the Solar House in 2007, also serve an important role in promoting renewable energy forms and energy conservation. Furthermore, the Barbados Training Board has made available vocational opportunities for local skill enhancement in the sector, such as instructional training for prospective Solar Water Heater Technicians.  Other initiatives, such as The Caribbean Hotel Energy Efficiency Action Program in conjunction with several other agencies , have also investigated alternative ways of incorporating energy-efficient practices within the tourism sector. 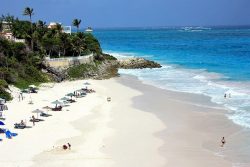 Businesses of all sizes and types are integrating environmental sustainability into their operations and products The range of certified green businesses range from renewable energy provide to restaurants, organic farmers, insurance companies and wellness products providers. Other green businesses include natural hair care companies, architectural groups, waste management companies and local artisans. International  Crop Over festival exhibitors (below) display their commitment to being “green” and environmental preservation supporters create educational campaigns about sustainability. 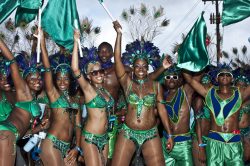 Almost sixty years ago, Barbados embarked on a plan to diversify its economy away from one that is sugar-based to tourism. This vision resulted in the transformation of the island and provided its citizens with a higher standard of living. A transformation to a green economy now portends a similar moment in history, whereby the country can enable the next great economic transformation that benefits both current and future generations.  The NSP is a fundamental restructuring of Barbados economy, it presents the national objectives, strategies and targets of each goal in pursuit of the national vision for 2025 . The NSP analyzes the enabling conditions of a transition to a green economy, which include: finance, development, access and technology; trade, tariffs and investment; taxation, incentives and fiscal reform; education, training and capacity enhancement; standards and regulation; government procurement; governance and institutions; information, data analysis and communication. This analysis provides the blueprint for further diversifying the economy, increasing resource efficiency, poverty reduction, sustainable development and for the realization of Barbados’ vision of becoming a “fully developed society that is prosperous, socially just and globally competitive.”

Barbados is a UN Green/Peace Economy success story and an example for the United States.  That it is time to transition from the prevailing brown economic paradigm where capital is poured into property, fossil fuels, stock market and hidden off shore, to a new green economic paradigm where fiscal resources are invested in renewable energy, energy efficiency, public transportation, sustainable agriculture, ecosystem and biodiversity protection, land and water conservation. A Green Economy is a tool of democracy where capital is put to work for the people creating an economic democracy that ensures a more beneficial sharing of the earth’s wealth. At the same time protecting and building a sustainable environment for future generations to use and enjoy.