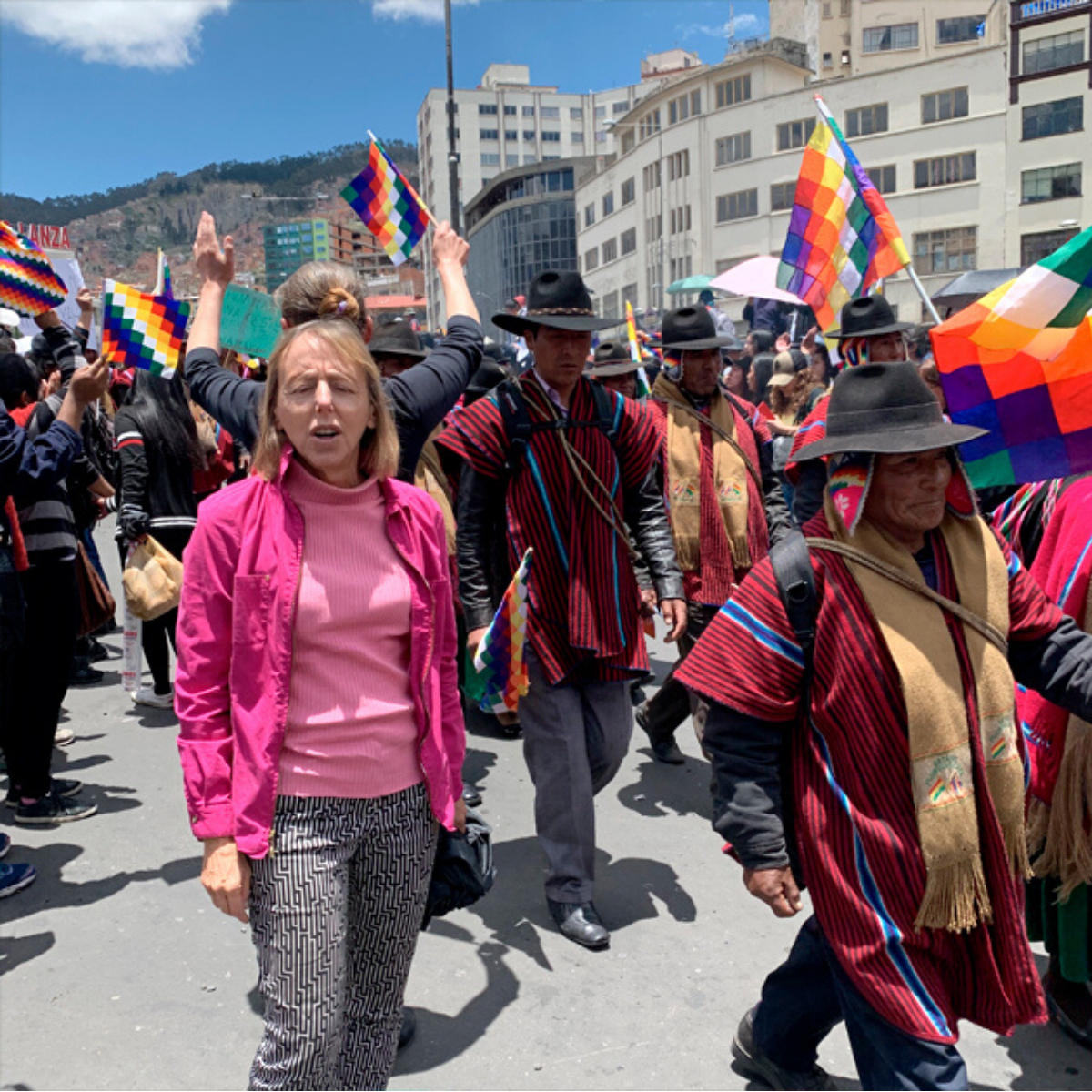 CODEPINK is organizing, co-sponsoring and traveling to Bolivia, Iran, Cuba, Colombia, and Honduras this spring-summer. Join us as we engage in peace diplomacy from below to learn firsthand how U.S. foreign policy harms the most vulnerable.  If you’ve ever wanted to talk to people abroad who are directly affected by U.S. foreign policy, this is your chance!

It’s hard to truly understand a country and its people without visiting. While being a tourist is great and enriching, taking it to the next level and joining a citizen diplomacy peace delegation is rewarding and helps impact policy here at home. Upon returning home, peace delegates can meet with their representatives in Congress to speak about what they saw. They can write articles about their experiences and talk to folks in their own communities so that those who couldn’t join can have a source of information that isn’t the mainstream media.

Apply now to travel with us, learn about and sign up for our delegations to Latin America and Iran!

We know that traveling abroad is beyond the reach of many of us, but that doesn’t mean we can’t be active in the struggle to transform our militaristic foreign policy. If you can’t join one of our delegations but want to help, consider the following two options:

What do all the countries CODEPINK is traveling to this spring-summer have in common? They’re all victims of U.S. foreign policy in different ways:

U.S. foreign policy seems impossible to change and the war machine it sustains is massive. But little by little, we can chip away at these things. One way to do so is to engage in citizen diplomacy peace delegations. These trips reassure people in other countries that there are Americans struggling to end war and policies that inflict suffering. They will also be incredibly inspiring and will motivate you to take action at the local level to help put our nation on the path to peace.

Sign up now to join us in traveling to Bolivia, Cuba, Colombia, Honduras and/or Iran this spring-summer or make a donation to help someone else travel.

The Peace Collective was created and started by the twenty-somethings at CODEPINK for the young folks (up to age 29) that want to become a part of the peace movement, raise hell, and just do some cool[...]
View Calendar
Add