The Local Peace Economy joins the United Nations in its call for a Decade of Action to transform the world by 2030. The 2030  Agenda for Sustainable Development 17 goals, adopted by all United Nations Member States in 2015, provides a shared blueprint for peace and prosperity for people and the planet, now and into the future. This  month Sustainable Development Goal the Local Peace Economy is working on is #1 No Poverty. What’s the goal here? To end poverty in all its forms everywhere by 2030.

One the main reasons for poverty is working poverty, that means women and men who are working but are not earning enough to cover there basic bills, leaving many in poverty and hunger.

Working poor: having a job also does not guarantee a decent living. Fifty percent of the U.S. workforce earned less than $35,000 in 2019, according to the Social Security Administration’s (SSA) annual wage statistics and as result live paycheck to paycheck. For many this means having difficulty covering costs such as food, rent or car payments and having little to no savings.  More than a third of Americans said they could not cover an unexpected $400 home repair or hospital bill without going into debt — or at all.  About 86 million people make up 50 percent of U.S. workers.  Almost half of these working families 42.5 million earn below the federal poverty threshold, $26,200.  Half of American workers are classed as either poor or low-income: the working poverty majority. Covid clearly demonstrated that after a couple of weeks without work  many American families do have enough money to buy food and  need the help of food banks just to survive.

In the US the top 1 percent of income-earners, about 1 million people, kept 82% of the profit created by millions of American workers. There is little to no profit sharing in the 1% capitalist economy worldwide. Yet the money spent/consumption by the 90% drives the economy. This  upward redistribution of income over the past several decades has caused many American to fall from the middle class to working poverty.

America’s  income inequality is shared by roughly half of the world’s population which lives on the equivalent of about US$2 a day. Women earn less men for the same work and one out of five children live in extreme poverty. According to a Oxfam Report: ‘Reward Work, Not Wealth’, eighty two percent of the wealth generated last year went to the richest one percent of the global population, while the 3.7 billion people who make up the working poor, saw no increase in their wealth.

Oxfam’s report outlines the key factors driving up rewards for shareholders and corporate bosses at the expense of workers’ pay and conditions. These include the erosion of workers’ rights; the excessive influence of big business over government policy-making; and the relentless corporate drive to minimize costs in order to maximize returns to shareholders.

These corporate policies are support in the US by the Republican party that votes for what is good for business. Even though 50% of the party economically struggle as part of the working poverty majority, they continue to vote to reward wealth not work.

55 per cent of the world’s population – about 4 billion people – did not benefit from any form of social protection in 2016. Only 22 per cent of unemployed workers were covered by unemployment benefits.

Around the earth half the workers are not earning enough to have a decent and secure living of the middleclass. They live paycheck to paycheck and small interruptions of this cash flow puts them in food lines, unable to pay their monthly bills and are going to need financial support until they can go back to work. The world needs to reward work not wealth to lift people to a living wage of the middle class.

Covid has exposed the true nature of 1% capitalism, it revealed how the global economy enables a wealthy elite to increase vast fortunes and corporations to make record profits during covid and yet they choose not to share the profits with their workers, leaving billions of families struggling to survive on poverty pay, during a world health crisis.  If people of the working poverty majority want to rise to the middleclass of not struggling to live week to week, they need to change the way they vote. They need to begin to vole to reward work not wealth.

Your active engagement in policymaking at work and in your civil duties can make a difference in addressing income inequality and working poverty. It ensures that your rights are promoted and that your voice is heard and it can advance transformational change in people’s lives and communities. 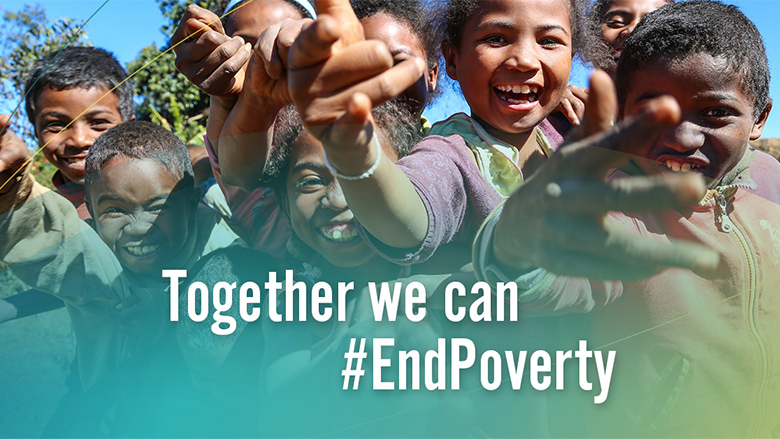 There is much we can do by making simply choices in our daily lives that can help our community and all communities to end poverty.

At Home and work

If we act now and change the way we manage profit the world can end poverty. The path to a poverty free exists, it now needs inclusive partnerships — at the global, regional, national and local levels and we will able to end poverty in all forms and transform the world by 2030.
The Local Peace Economy joins the United Nations in its call for a Decade of Action to transform the world by 2030. The 2030  Agenda for Sustainable Development 17 goals, adopted by all United Nations Member States in 2015, provides a shared blueprint for peace and prosperity for people and the planet, now and into the future. The spirit of human endeavor has demonstrated our shared ability to deliver the extraordinary. The 17  SDGs are our best tools/hope for people and planet.