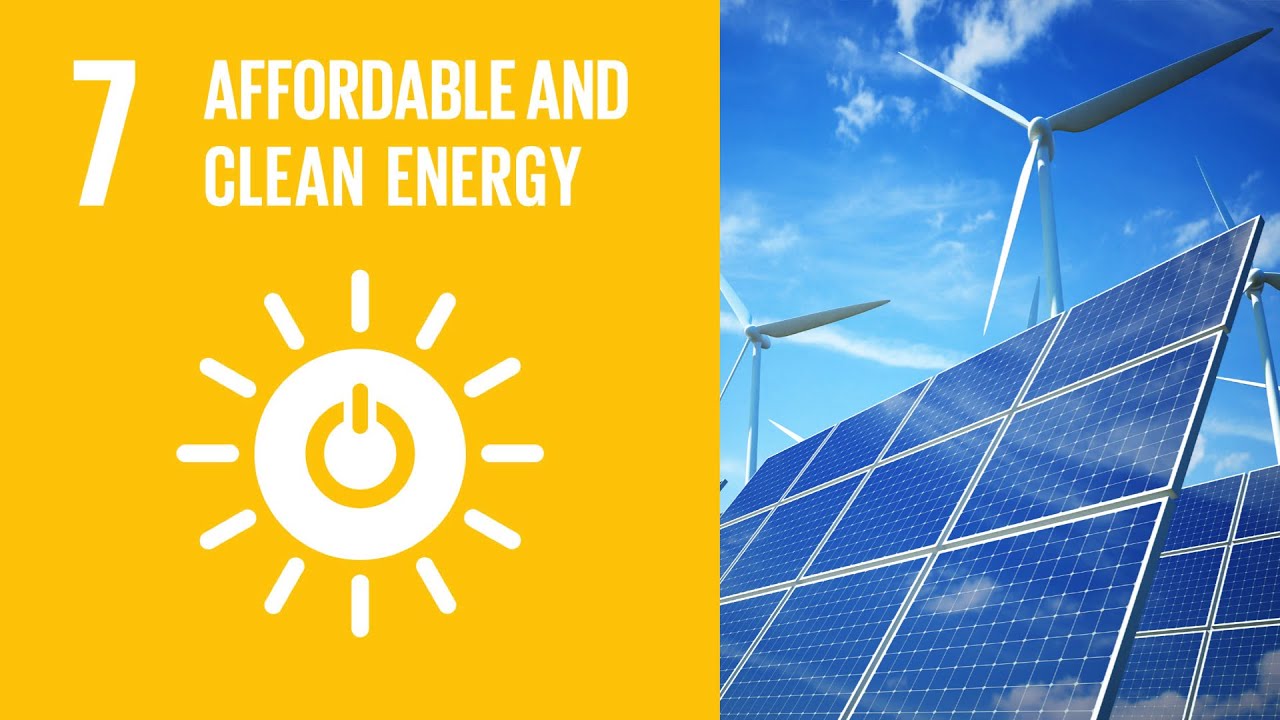 The Local Peace Economy joins the United Nations in its call for a Decade of Action to transform the world by 2030. The 2030  Agenda for Sustainable Development 17 goals, adopted by all United Nations Member States in 2015, provides a shared blueprint for peace and prosperity for people and the planet, now and into the future. This  month Sustainable Development Goal the Local Peace Economy is working on is #7 Universal access  to affordable, reliable, sustainable and modern energy service

The world is making progress towards goal 7 with encouraging signs that energy is becoming more sustainable and widely available. Access to electricity in poorer countries has begun to accelerate, energy efficiency continues to improve, and renewable energy is making impressive gains in the electricity sector.

Yet there are stark worldwide inequalities in access to reliable energy especially in rural areas. Where nearly 3 billion people are dependent on inefficient and highly pollution cooking system resulting in poor health and premature death mainly in women and children. By contrast the US with only 4% of world population consumes  about 17% of total world primary energy production an is the second-largest emitter of CO2. 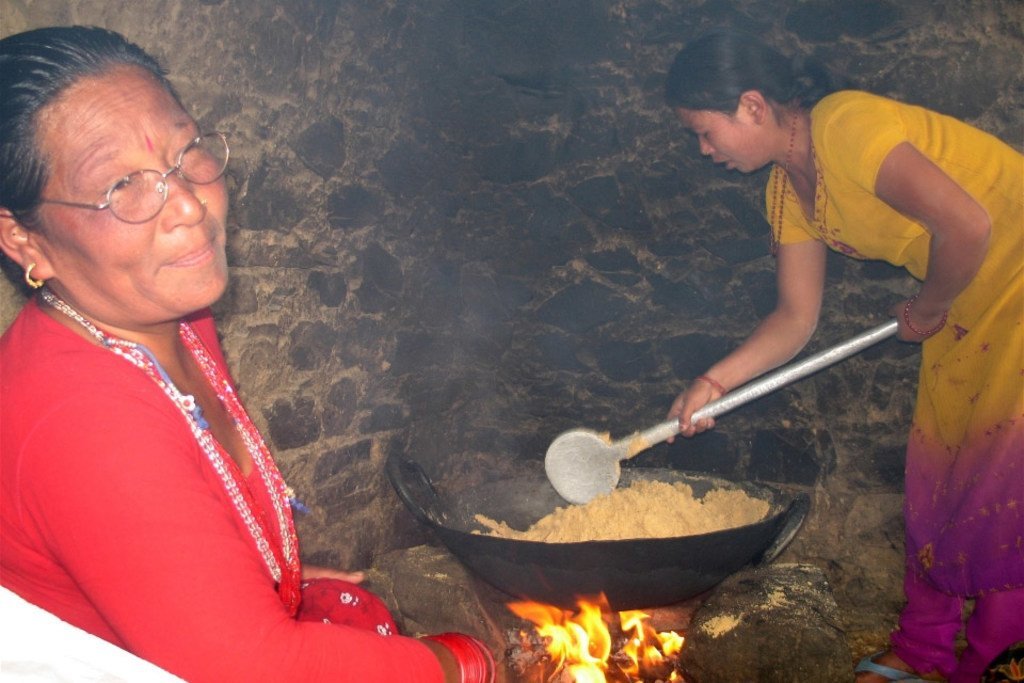 IRIN/Naresh Newar In many parts of rural Nepal, women spend on average of five hours a day in smoke-filled kitchens such as these, underming their health.

America and all countries around the earth needs an energy policy that ensures access to low-cost, sustainable sources of energy and power. Affordable and reliable energy sources can protect the environment while increasing energy and economic growth.

America’s energy policy and regulations  since the late 19th century has promoted industry interests and private ownership of fossil fuels which has become the primary energy source not only in America, but around the globe as well.  Coal-fired powered plants serve factories and homes.  Petroleum products gasoline and diesel power the cars, trucks, trains and planes that provide the transportation  for American families and businesses. Petro-chemicals are used to make consumers goods such as plastics and fertilizers. Much of the economics and politics that shaped energy policy-making from the 19th continue to influence the story.

In mid 20th century America’s energy policy began to change. In the 1950s and 1960s emissions pollutants from the burning of fossil  which had been unregulated since the 19th century  made the air in American cities unhealthy to breath and its water undrinkable. Leading to clean air and water regulations and  the rise of environmentalism. By the 1970’s American energy independence had become dependent on foreign oil and the “shock” of the oil embargo started the demand for energy independence, alternatives fuels such as solar, wind and energy conservation.

In the decades that have followed America’s market for green energy has grown and oil dependence has lead to war. In recent years the world has become aware of the dangers of excess CO2 in the atmosphere. Climate change is putting enormous pressure on the world’s energy policy to change from the outdate 19th century oil economic and politics  to the new 21st century  economic and politics of sustainable renewable energy.

Environmental politics have made a difference in energy policy-making since the 1970s. Energy-related pollution has been reduced; conservation, sustainability and the public interest are more accepted and promoted in legislation (e.g., see the American Recovery and Reinvestment Act of 2009). Corporations market themselves as firms dedicated to “energy conservation”—”green companies” whose management strategies rest on the efficiencies of “sustainability. ” Industry firms and interest groups are taking on “green” personas on their web sites. The market is going green.

Climate change is speeding up energy policies and markets to go green around the world.  Evidence at the recent Global Investment Summit in London Prime Minister Boris Johnson said that Britain would phase out home heating with fossil fuels by 2035 as part of its goal of reaching net zero carbon emissions by 2050 and attracting billions of dollars in foreign investment for green projects in Britain. He also said that private-sector investment and consumer pressure were key to slashing carbon emissions and controlling climate change. He added that wealthy countries must help poorer nations cut their carbon emissions by financing green technology.

The money will finance development in the U.K. of four key green tech areas: green hydrogen, long-term storage for renewable but intermittent energy sources like wind and solar, sustainable aviation fuels and directly capturing carbon dioxide from the air.

“We will scale those up and bring down that cost, reduce emissions, so we’ll get these to the same place we are today with solar and onshore wind.” Bill Gates said, a speaker at the conference.

Johnson is set to host world leaders in Glasgow, Scotland, at the end of the month for a U.N. climate summit. Known as COP26, the meeting is widely seen as the last chance to hold global warming to 1.5 degrees Celsius above pre-industrial levels. Almost certainly new agreements between governments and the private sector will come out of this summit further accelerating change in energy policy and investment that ensures, America and all countries, have access to low-cost, sustainable sources of energy and power that can protect the environment while increasing energy and economic growth. But much work remains to be done to get to SDG #7 a sustainable affordable energy future. #7 universal access  to affordable, reliable, sustainable and modern energy service

There is much we can do by making simply choices in our daily lives that can help our community and all communities toward a sustainable energy future.

At Home and work conserve energy

These are just a few of the choices that we can make to help our community and our planet toward SDG #7 universal access  to affordable, reliable, sustainable and modern energy service.

We as humans are in a race to stave off the worst affects of climate change. It is going to take all of us working together to win the race to a sustainable energy future and ensure no one is left behind.

The Local Peace Economy joins the United Nations in its call for a Decade of Action to transform the world by 2030. The 2030  Agenda for Sustainable Development 17 goals, adopted by all United Nations Member States in 2015, provides a shared blueprint for peace and prosperity for people and the planet, now and into the future. The spirit of human endeavor has demonstrated our shared ability to deliver the extraordinary. The 17  SDGs are our best tools/hope for people and planet.

The Local Peace Economy calls on everyone everywhere to join us and take the UN and pledge: “We are resolved to a Decade of Action to free the human race from the tyranny of poverty and want and to heal and secure our planet. We are determined to take the bold and transformative steps which are necessary.   As we embark on this collective journey, we pledge that no one will be left behind.”