The Park District’s top priority is keeping our parks, shorelines, lakes and trails safe and well-maintained. A big part of that responsibility is preparing for the future: Taking steps now to adapt to a changing climate, and a rising San Francisco Bay. We are seeing the effects of sea-level rise in increased coastal and levee erosion and trail flooding. Many of our lakes have suffered from toxic algae blooms, and the prolonged drought has had a severe impact on our forests and woodlands. The Park District also received the highest grade possible (Excellent) for the “Green Bonds” by Moody’s Investment rating service. The high rating allow the bonds to be issued at much lower interests rates, saving taxpayers money.

The East Bay Regional Park District is the largest regional park district in the nation with over 25 million visitors per year to its 73 parks on 121,000 acres of regional parkland. The Park District manages 55 miles of bay shoreline. 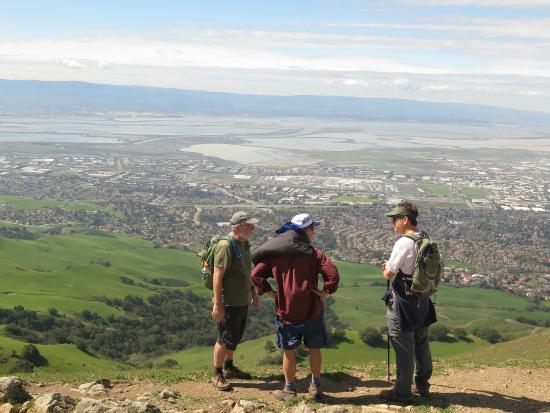 The District developed a comprehensive climate change strategy to mitigate sea level rise impacting the 55 miles of shorelines that we own and manage in the East San Francisco Bay. The effects of levee failure and over topping of the San Francisco Bay Trail threaten critical infrastructure, homes, and people. Adaptive plans include renewable energy projects, carbon sequestration, partnering with regional agencies and research institutes, developing best practices for grazing and fire hazard management for wild lands.

As part of the climate smart initiative the Park District updated a 2008 carbon sequestration study which found that over 120,000 acres of wetlands, grasslands, and oak woodlands store nearly 300,000 tons of carbon dioxide equivalents, which is similar to taking 60,000 vehicles off of East Bay roads every year.

The Strategic Energy Plan developed as a road map for future energy decisions, shows how the Park District can generate much of its energy on-site and significantly reduce its greenhouse gas emissions. The District currently spends $808,784 per year on electricity, natural gas and propane. The greenhouse gas emissions associated with this energy use are 1,156 tCO2e/year. For an investment of approximately $8.4 million, the District could reduce its annual energy bill to $177,708, achieving cost savings of 78% within a simple payback period of 13.4 years. In addition, the District would reduce GHG emissions by 771 tCO2e/year.

The East Bay Parks greens bonds are an opportunity for investors  with  an environmental friendly desire to help the planet and make some money as well. The Park’s energy plan demonstrates that green investments can save money while mitigating climate change,  creating and preserving the natural beauty of open spaces for people to enjoy. If we take care of the parks the parks will take care of us.