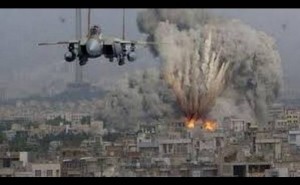 It has been proven via history that bombing alone cannot win wars. It was tried in WW11, Vietnam, Liberia and now in Iraq, Afghanistan, Syria without success. What it does do is turn the affective population being bombed against the ones doing the bombing. The rise and anger of the Islamic State is a direct result of bombing innocent women, children, people’s homes, business, schools, highways, water supplies, and hospital. The U.S. cannot win the peace or the hearts and minds of the people in the Middle East with airstrikes that are destroying entire towns and cities. 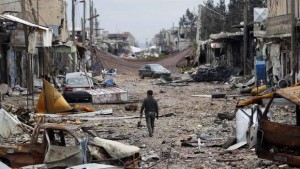 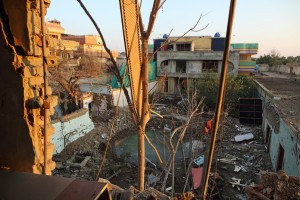 In a fight with the Taliban in the city of Kunduz a U.S. airstrike hit a hospital, killing 12 Doctors Without Borders staff and 10 patients. The U.S. military ok the airstrike target on the hospital and tried to justified the attack by concluding that some Pakistani intelligence directorate, had been killed. No evidence has surfaced publicly to supports that conclusion that a militant leader was killed, but how many more militants were created as a result of this airstrike? Since then the top U.S. officer in Afghanistan, Gen. John Campbell, has said the strike was a mistake he was ordering all personnel in Afghanistan to be retrained on the rules governing the circumstance under which strikes are acceptable.  This revaluation is too little too late, it is about time for the government to realize that airstrikes and the military’s anti-terrorist policy is a mistake and this criminal airstrike is just more evidence of its failure to end the war and bring peace to the region.

Yet Obama in trying to secure a stable Afghanistan gives military commanders what they want to continue the current counterterrorism mission. Keep the troop level at 10,000 until 2017, train and assist Afghan security forces, launch airstrikes and then let his successor – the third U.S. commander in chief to oversee the war – to decide how to proceed.  U.S. commanders rational are that Islamic State fighters are moving into the country and gaining recruits from within the Taliban. It is oblivious the U.S. as a result of its own policy is losing ground and the Taliban is gaining.  This is Vietnam all over again! 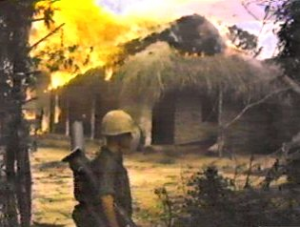 During the Vietnam War the military used an expanded version of the strategy they are using now, they tried: burning villages, chemical warfare, mass bombing, increased troop levels, and training the South Vietnamese military.  This policy was a complete failure, it turned the Vietnamese people away from the U.S. encourage the growth of the Viet Cong, and the war dragged on for three Presidential administrations until the American people grew tired of it and demanded withdrawal. The U.S. trained South Vietnamese army turned and ran without U.S. military air support resulting in the fall of Saigon. The U.S. military has not learned the lessons of history and It not too hard to predict the future of the current mission as it enters the term of a third president. The only thing this policy accomplishes is wasting lives, money and expands the growth of militants. It has not made Americans safer.

It is time for elected U.S. officials to learn the lessons of history and move on from the U.S. military counterterrorism strategy, and try diplomacy. The U.S. needs to go before the UN and admit its current policy is not working and ask for help from all nations in solving the war in the Middle East. The US needs to declare an immediate ceasefire and start rebuilding hospitals, schools, homes, business, and cities and get help from other nations in protecting them. If America wants to lead in the 21st century and end the Middle East war it has to give up bombing and use diplomacy and cooperation among nations. 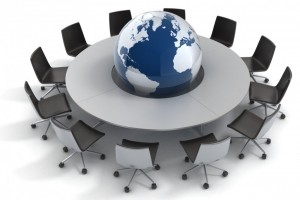