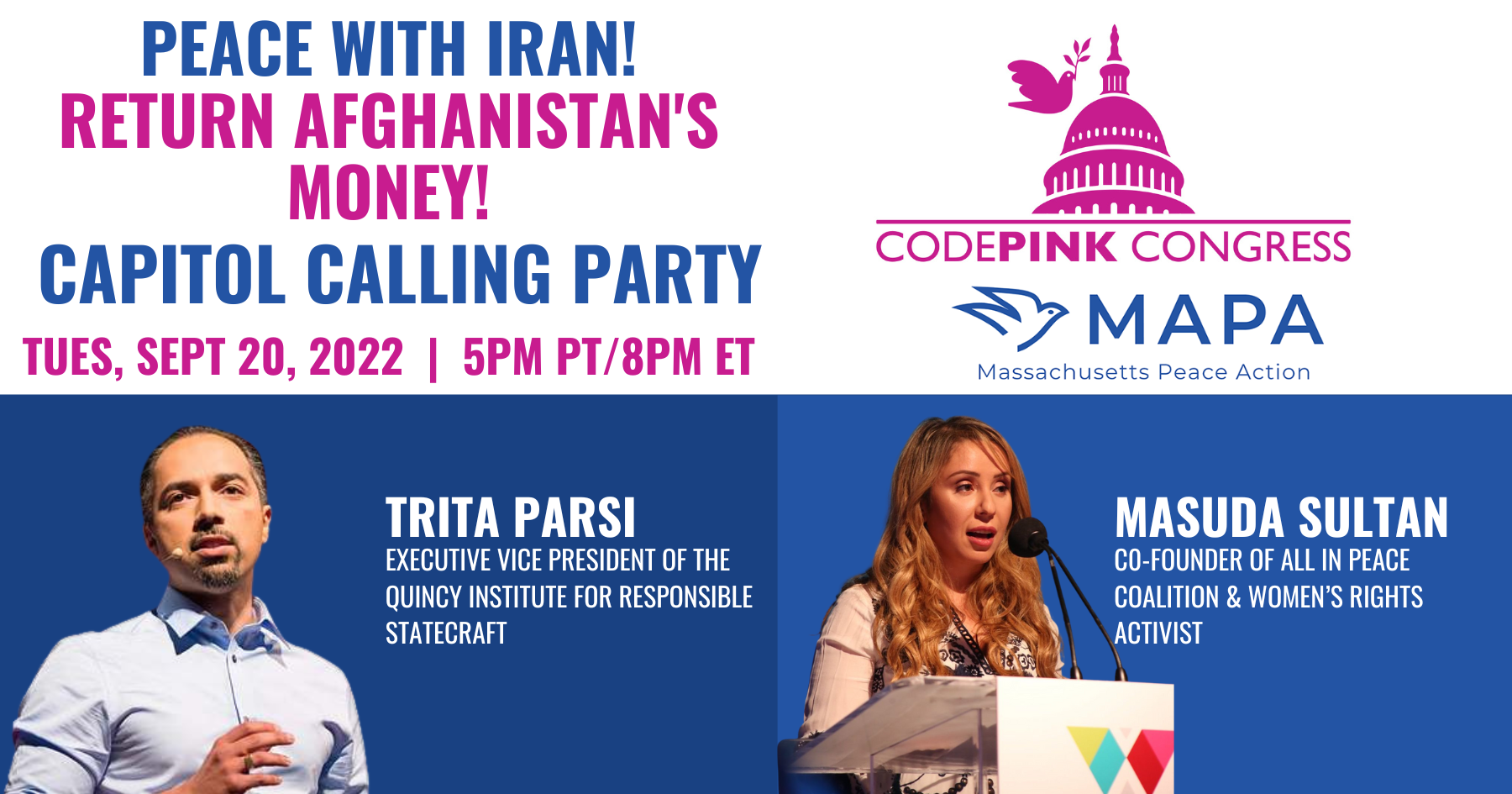 On Tuesday, September 20th, join CODEPINK Congress and Massachusetts Peace Action (MAPA) to challenge US policies causing mass starvation in Afghanistan and imposing brutal sanctions on Iran after the US abandoned the JCPOA (Iran nuclear deal). Despite a legal ruling favoring unfreezing half of Afghanistan’s $7 billion frozen in US banks, the Biden administration continues to withhold Afghanistan’s Central Bank reserves. Meanwhile, as the White House moves toward rejoining the Iran nuclear deal, dozens of corporate Democrats aligned with Saudi Arabia, UAE and Israel are pushing back.

Will the US return to the Iran nuclear deal? Will the Biden administration unfreeze Afghanistan’s funds?  Stay tuned for our guests’ predictions.

Trita Parsi is the Executive Vice President of the Quincy Institute for Responsible Statecraft and an expert on US-Iranian relations, Iranian foreign policy, and the geopolitics of the Middle East. The author of Parsi Treacherous Alliance: The Secret Dealings of Iran, Israel and the United States, Parsi was named by the Washingtonian Magazine as one of the 25 most influential voices on foreign policy in Washington DC in both 2021 and 2022.

Masuda Sultan is an Afghan-American women’s rights activist who serves on the Council on Foreign Relations. In 2008 she was appointed as an advisor to the Ministry of Finance in Afghanistan. In 2019 she co-founded All in Peace, a coalition of organizations dedicated to bringing the longest war in American history to a peaceful end. Her memoir, My War at Home, was published in early 2006.