Nero Fiddling While Rome Burns: Weapons Deals During the Climate Crisis in Pakistan 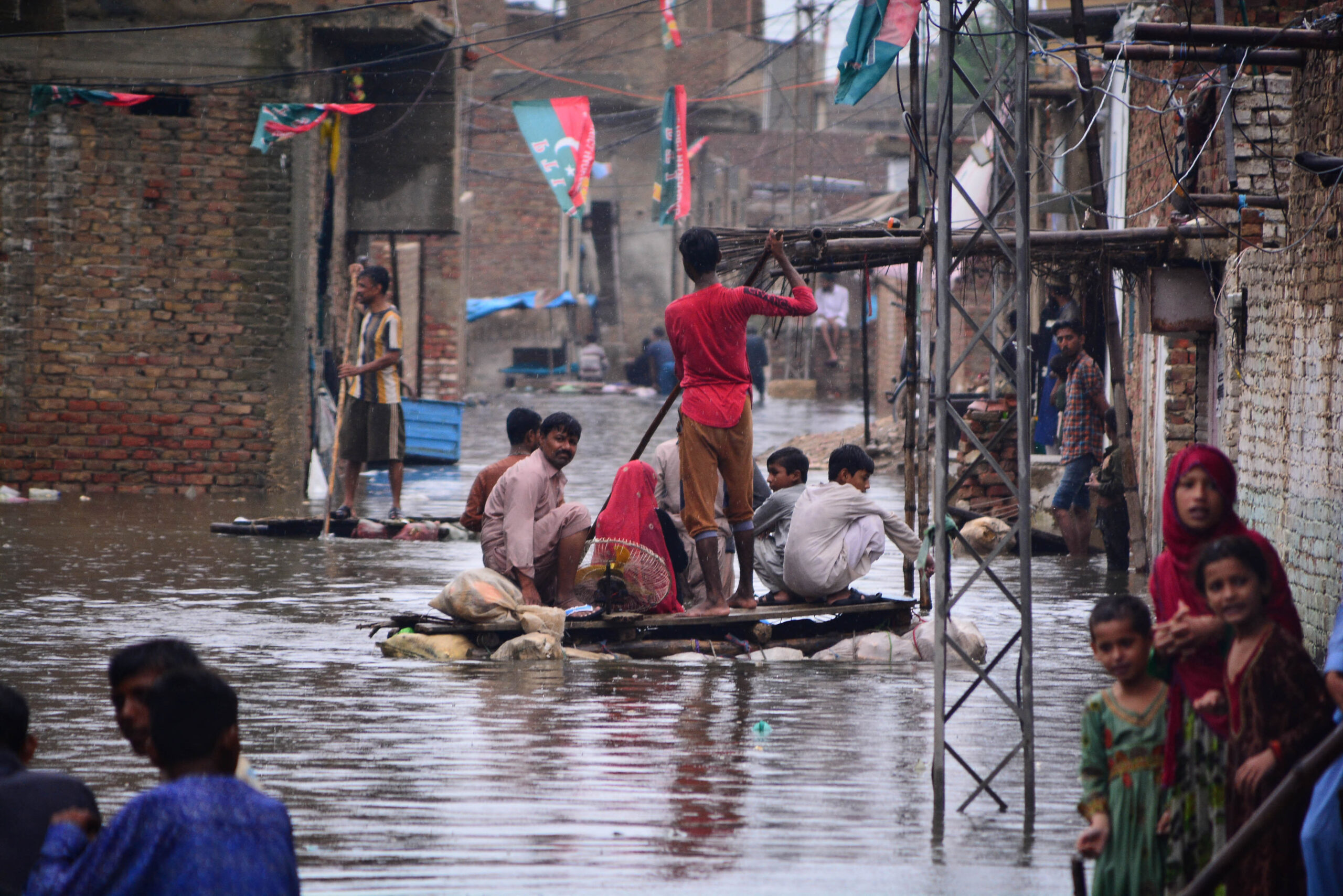 On August 30, 2022 one third of Pakistan was underwater due to catastrophic flooding. A little over a week later on September 7, while the situation in Pakistan was still dire, the United States Department of State announced a sale of an F-16 warplane sustainment to Pakistan in which the leaders of  Pakistan agreed to pay the U.S. $450 million to keep its F-16 fleet up and running. On the same day, Prime Minister of Pakistan Shehbaz Sharif said that parts of his country were “like a sea” as the death toll of the floods rose to 1,343. Over 200 more people have been reported dead since that count, with 33 million people in Pakistan affected by the disaster.

All over the world we are seeing the devastating effects of climate change. Another hurricane has hit Puerto Rico causing flooding and a loss of electricity. Wildfires rage through California. Heat waves of historic magnitude have affected several places globally in the past few months.

Why, then, in the middle of a massive flood drowning a third of the country, did the Pakistani and US governments reach a deal about F-16 warplanes? Certainly that $450 million could have helped a lot of the people affected by the floods, but not only that: equipment like the F-16s are horrible for the environment. In order to address the root causes of climate change, the US military and military industrial complex that seeks to profit from wars and conflict must be confronted. The US military is the largest institutional polluter in the world. Warplanes manufactured in the US use an excessive amount of fuel every year, dumping more C02 into our atmosphere, accelerating climate change and causing things like the catastrophic flooding in Pakistan to happen. It makes the timing of the F-16 deal particularly jarring, but also a perfect microcosm for the situation we find ourselves in.

For the last few years, climate change has been referred to as a “national security threat”:  more climate refugees will come to the US fleeing the destruction the global north has caused in their regions, and   more countries will continue to fight over resources. Despite these facts, the US Defense Department is trying to use climate change to inflate the Pentagon budget, even though in reality, the Pentagon is itself a cause of the national security threat they are sounding the alarm on.

Now more than ever, we cannot respond to climate disasters with militarism. The needs of people will never be met by weapons deals. Hurricanes can’t be stopped with nukes, as former President Donald Trump had suggested more than once. When your house is underwater, F-16 parts and maintenance are not going to save you, and it is doubtful that the people in Pakistan had F-16s on their minds as they watched their livelihoods get washed away.