UN report: Value of nature must not be overridden by pursuit of short-term profit

The values that we ascribe to nature are vital parts of our cultures, identities, economies, and ways of life, all of which should be reflected in policy decisions surrounding our natural world, according to a new UN-backed report released on Monday.

However, the new Intergovernmental Science-Policy Platform on Biodiversity and Ecosystem Services’ (IPBES) assessment report finds when making policy decisions, there is a too much global focus on short-term profits and economic growth that often undervalue nature.

An independent intergovernmental science and policy body, the IPBES secretariat is provided by the UN Environment Programme, authorized by UNEP’s Governing Council.

Approved on Saturday by representatives of the 139 Member States, co-chairs Unai Pascual, Patricia Balvanera, Mike Christie, and Brigitte Baptiste pointed out in the Diverse Values and Valuation of Nature report, that ways of preventing power irregularities and embed nature into policymaking are “in short supply”.

While economic and political decisions have predominantly prioritized market-based values of nature, such in intensive food production, they do not adequately reflect how changes in the natural world affect people’s quality of life.

Moreover, policymaking overlooks the many non-market values associated with nature’s contributions to communities, such as climate regulation and cultural identity.

“Living from, with, in and as nature” means providing resources that sustain people’s livelihoods, needs and wants, including food and material goods, according to the news release issued with the report.

It also focuses on non-human life, such as the intrinsic rights of fish in a river to “thrive independently of human needs”, and sees the natural world as a “physical, mental and spiritual part of oneself.”

“The Values Assessment provides decision-makers with concrete tools and methods to better understand the values that individuals and communities hold about nature,” said Ms. Balvanera.

Mr. Christie said that “valuation is an explicit and intentional process,” that hinges on “how, why and by whom” the valuation is “designed and applied”.

Following this logic, Ms. Baptiste added that “recognizing and respecting the worldviews, values and traditional knowledge of indigenous peoples and local communities allows policies to be more inclusive, which also translates into better outcomes for people and nature”.

The authors identified four value-centred “leverage points” to create the necessary conditions for transformative change focused on sustainability and justice.

The pathways range from recognizing the diverse values of nature, to embedding valuation into decision-making and policy reform, to align with global sustainability and justice objectives.

Although each is underpinned by different values, “they share principles aligned with sustainability,” said Mr. Pascual.

“Biodiversity is being lost and nature’s contributions to people are being degraded faster now that at any other point in human history,” said Ana María Hernández Salgar, Chair of IPBES. “This is largely because our current approach to political and economic decisions does not sufficiently account for the diversity of nature’s values.” 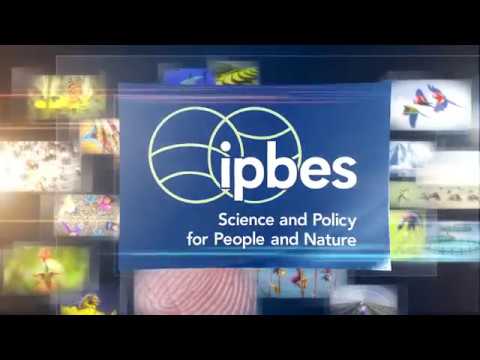