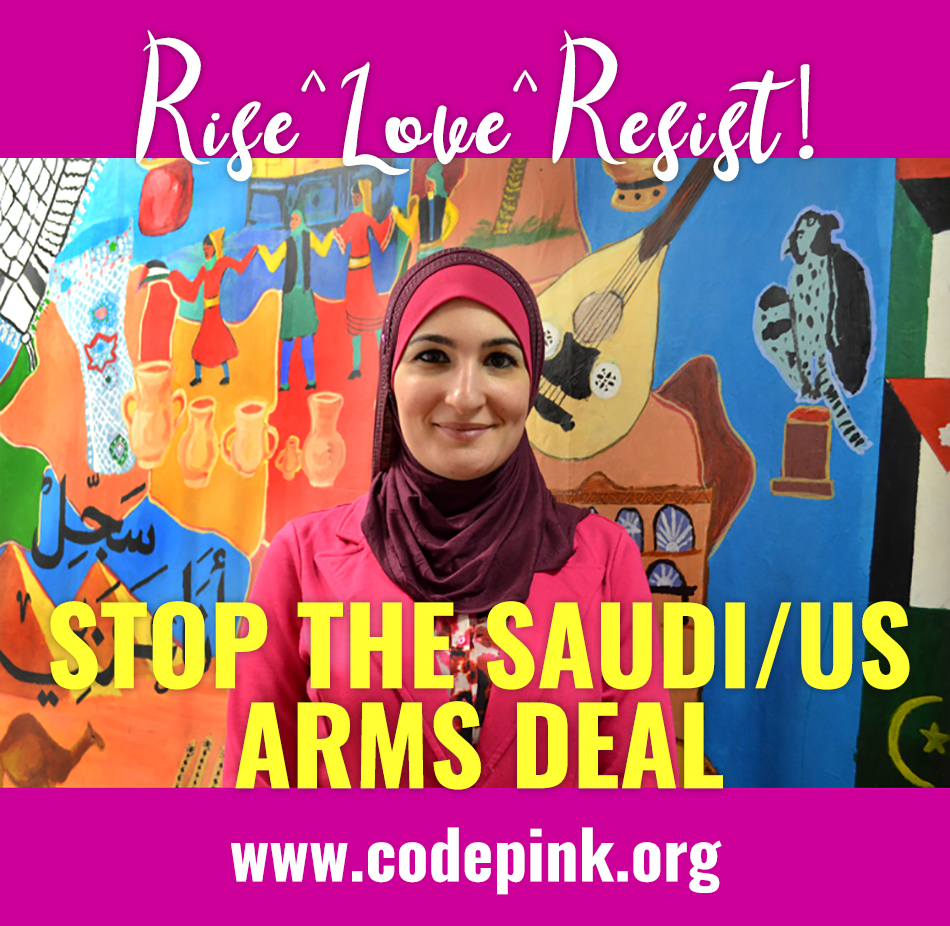 “I support CODEPINK and their call to Stop the Saudi/US Arms deal — a deal going to a dictatorship to kill innocent people in places like Yemen. I call on the American people to support CODEPINK’s ask to stop the Saudi Arms deal.” —Linda Sarsour, founder of Mpower and co-chair of the Women’s March. Any minute now, the Senate may be voting on SJ Resolution 42 to block the Saudi arms deal. The petition you signed has already had an impact. Now we are asking you to please make two calls to your two senators using this number: 855 68 NO WAR. Say: Please support SJ Resolution 42 to block weapons to Saudi Arabia.

For three years the Saudi-led coalition has been using US arms to bombard Yemen. It has resulted in the death of thousands of civilians and a humanitarian crisis so severe that every 10 minutes a Yemeni child dies from malnutrition and the effects of war.

Support our work for peace and justice.