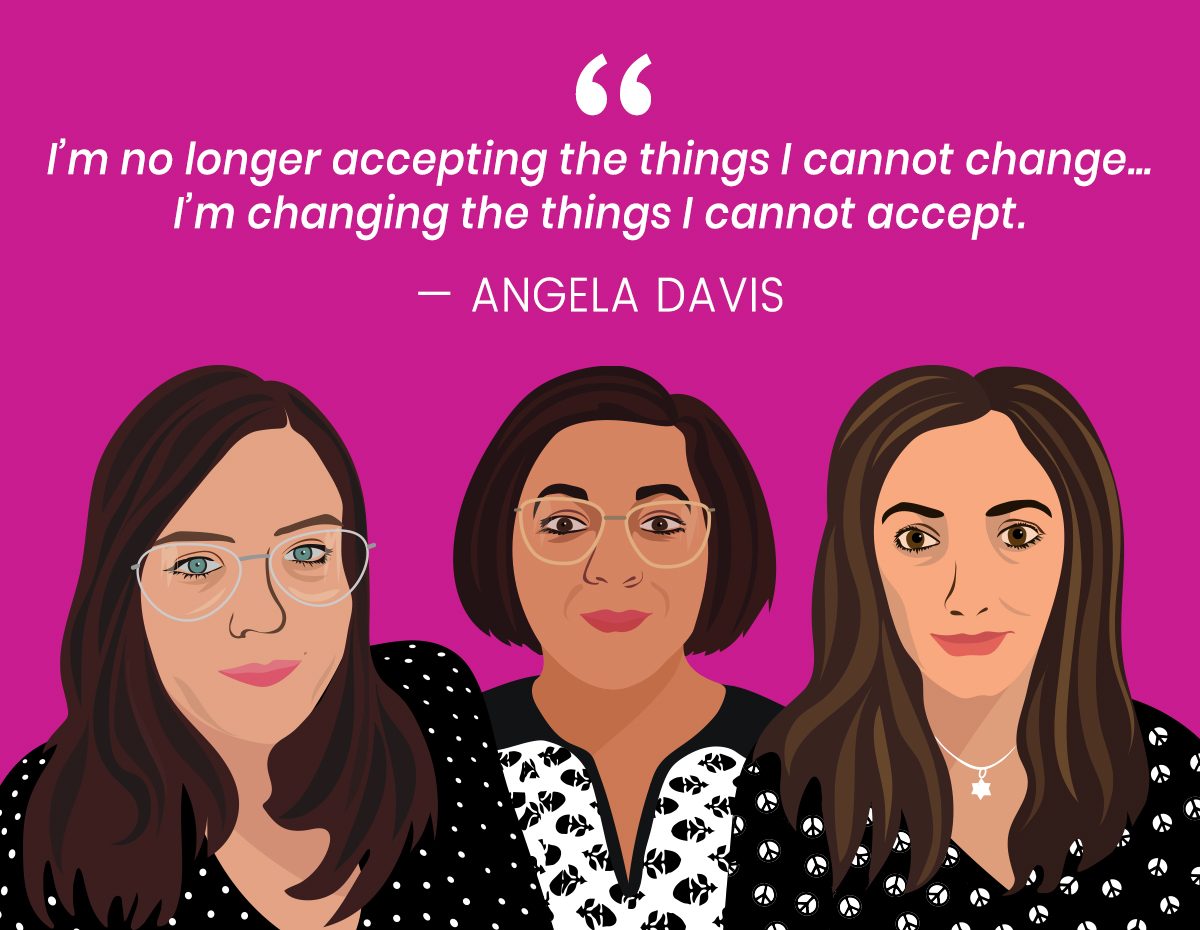 In the past year, the country has witnessed the bravery and brilliance of young people who have taken to the streets and the suites to build major movements to confront racism and violence. We have witnessed that same flowering of initiative within CODEPINK, making this the perfect moment to pass the torch.

As we transition, we want you to engage more with Farida, Ariel, Carley and the whole CODEPINK team. Check out these opportunities to get involved as a peacemaker.

We, Jodie and Medea, are not going far. We will be active board members and will continue to work on key CODEPINK campaigns. Jodie will focus on the local peace economy that puts forth an inspiring, life-affirming path for our collective future—a path made even more urgent by the pandemic. And with the new Cold War against her part-time home, China, she will nurture our China Is Not Our Enemy campaign. Medea will consult with our Middle East and Latin America teams, as well as write articles and books about how to transform our foreign policy and build international solidarity. Both will continue to support our Feminist Foreign Policy Project.

As supporters of CODEPINK, you have always been our greatest strength and we are counting on you to assist with this transition.

Two important ways you can help:

Become one of our peacemakers by sharing some of your time. Check out the various ways you can help and sign up here. There is so much we can create together to end war and cultivate peace.

Make a monthly pledge or a special one-time gift to ensure that our work to end militarism, defund the Pentagon and divest from war grows and thrives.

We are so proud of what we’ve accomplished together over the last 18 years. To mention a few…

It has been an honor to take part in these campaigns with you. You, our grassroots supporters, have always been the backbone of our successes and we hope we can count on your continued support during this transition to a new generation of leaders.

Onward toward a beautiful world of peace and justice,
Ariel, Carley, Farida, Jodie and Medea

PS  If you’re interested in cultivating your local peace economy, watch this Message from the Future II presented by our partners at The Leap.

PSS  Check out our “Vote for Peace” posters and other goodies at the store.