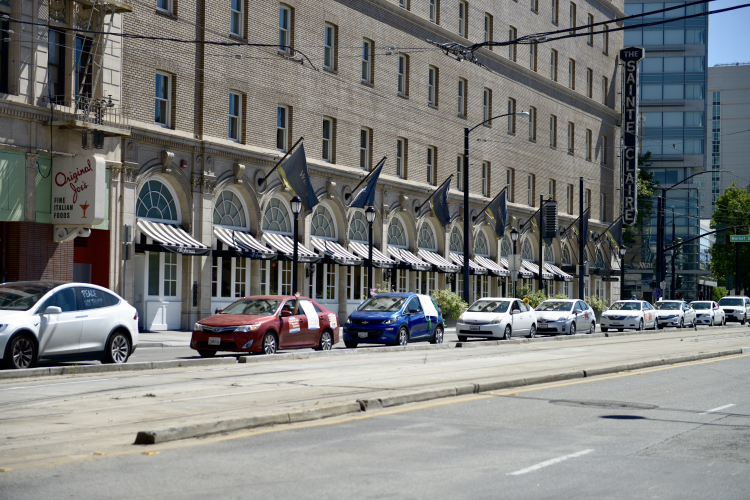 On May 25, a Peace Caravan of activists drove in decorated cars through the streets of San Jose to demand human rights to health, housing, education, a living wage and all the components of a dignified life. The colorful caravan of about a dozen cars ended their protest at a homeless encampment where they made a donation and received thanks from Scott Wagers who serves and ministers to the city’s unhoused.

Participants in a Peace Caravan on Memorial Day say the holiday was established as a day to honor American service members who died in wars. But, they said on May 25th, glorification of war has never seemed more wrong than now, during this pandemic.

“The money and resources we use for the military only feed endless wars and wreaks havoc overseas. Now, with COVID-19, we are putting the U.S. public, and the world’s health in peril,” stated Charlotte Casey of the San Jose Peace and Justice Center. The Peace Center, established in 1957, organized a caravan to call out for social justice and demand human rights to health, housing, education, a living wage and all the components of a dignified life.

People started decorating their cars at Peace Crossroads, the intersection of Stevens Creek and Winchester Boulevards in San Jose, at 3pm. It has been 17 years since lovers of peace have been gathering at the same intersection. By 3:20pm they were on their way, about a dozen cars all in a lineup, honking through the city streets, headed to downtown San Jose to donate to a homeless fund. 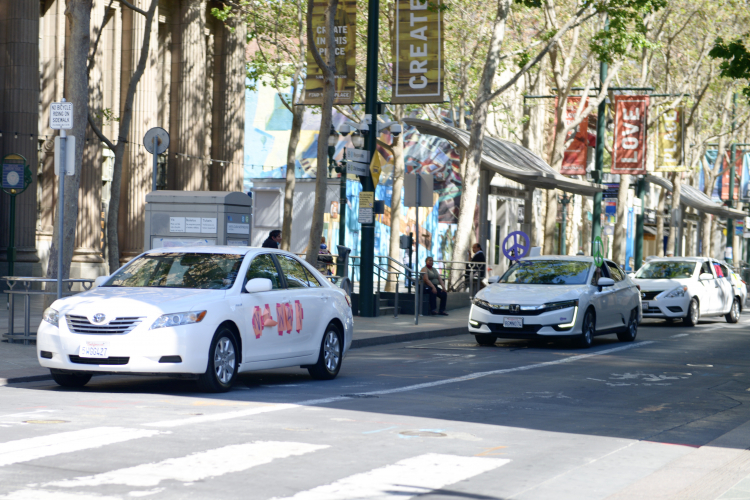 Their caravan ended at the parking lot behind Roosevelt Community Center on East Santa Clara Street, where demonstrators met with volunteers from the Community Homeless Alliance Ministry (CHAM). There they toured the “Mercy Mobile” a van outfitted to deliver supplies to homeless camps in San Jose.

Pastor Scott Wagers of CHAM has been called a game changer for the work he has done to help the homeless in San Jose. He welcomed the caravaners, thanking them for their energy and spirit along with their monetary donation. Homelessness is a growing problem in San Jose, and there have been regular sweeps by authorities at local encampments, he reminded the group. Despite hopes that the city would rent hotel rooms for the unhoused during the pandemic, the city did not respond to the appeals of advocates for the unhoused, he said.

Demonstrators were left asking the question, if a pandemic like COVID-19 can’t force the city of San Jose to once and for all reckon with homelessness, what can? 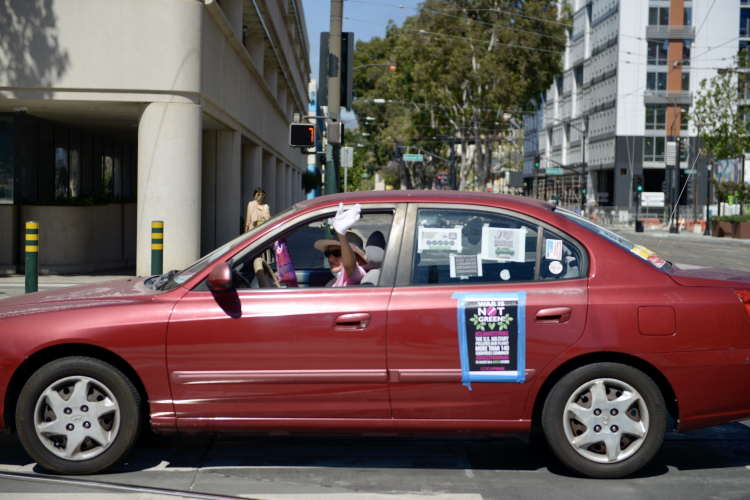 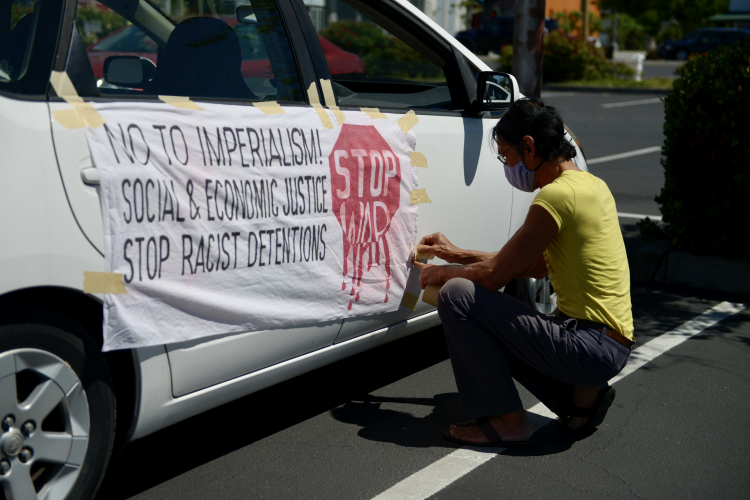 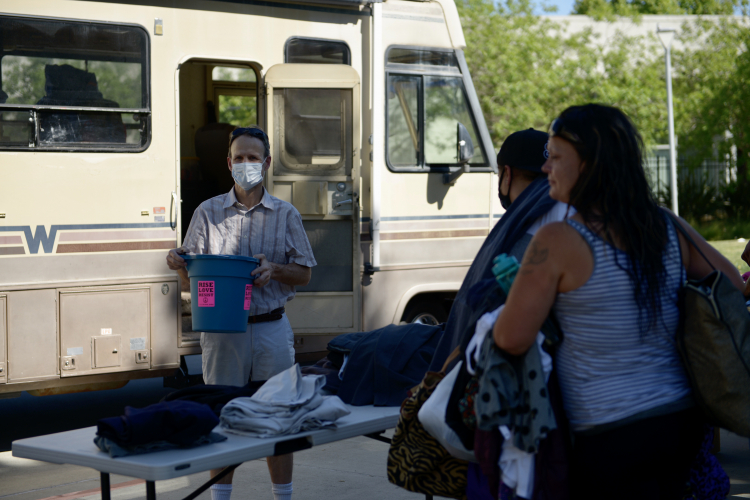