June is national pollinator month and a great time to recognize the importance of pollinators.  NRCS has numerous programs and conservation practices to benefit habitat for many pollinators, including honeybees, native bees, butterflies and other pollinators.  To best support the creation and management of butterfly habitat, it’s important to understand the special needs of butterflies. Plant Materials Centers (PMCs) in western states are actively studying butterfly habitat development practices and producing useful tools for NRCS field offices regarding butterfly conservation.

END_OF_DOCUMENT_TOKEN_TO_BE_REPLACED

SACRAMENTO, Calif. – The Department of Water Resources (DWR) and the U.S. Bureau of Reclamation (Reclamation) are gearing up for the hot and dry summer months as the state experiences a third consecutive year of severe drought.

California will enter the dry summer months with below-average reservoir storage and with the state’s largest reservoir, Shasta Lake, at critically low levels. The Sierra snowpack is essentially gone, and runoff into the state’s streams and reservoirs has largely peaked for the year.

“The overall water supply for California is still critical going into the dry summer months,” said DWR Director Karla Nemeth. “DWR and its federal partners at the U.S. Bureau of Reclamation will continue to take a conservative approach to water management decisions to maintain storage, water quality, and water deliveries for millions of Californians. We need to be prepared for a hotter, drier future brought on by our changing climate.”

END_OF_DOCUMENT_TOKEN_TO_BE_REPLACED

In Faux-Cap, Madagascar, the dunes and their strong winds pose a threat to their crops. With the greenest weapons, its inhabitants worked for 120 days to secure 75 hectares of dunes. Once settled, the risk is over. PHOTO:UNDP Madagascar

Rising up from drought together

Droughts are among the greatest threats to sustainable development, especially in developing countries, but increasingly so in developed nations too. In fact, forecasts estimate that by 2050 droughts may affect over three-quarters of the world’s population.

The number and duration of droughts has increased by 29 percent since 2000, as compared to the two previous decades (WMO 2021). When more than 2.3 billion people already face water stress, this is a huge problem. More and more of us will be living in areas with extreme water shortages, including an estimated one in four children by 2040 (UNICEF). No country is immune to drought (UN-Water 2021).

This year, the theme of the International Day Against Desertification, and Drought “Rising up from drought together”, emphasises the need of an early action to avoid disastrous consequences for humanity and the planetary ecosystems.

END_OF_DOCUMENT_TOKEN_TO_BE_REPLACED

Revitalization: collective action for the ocean

The ocean covers over 70% of the planet. It is our life source, supporting humanity’s sustenance and that of every other organism on earth. The ocean produces at least 50% of the planet’s oxygen, it is home to most of earth’s biodiversity, and is the main source of protein for more than a billion people around the world. Not to mention, the ocean is key to our economy with an estimated 40 million people being employed by ocean-based industries by 2030.

Even though all its benefits, the ocean is now in need of support. With 90% of big fish populations depleted, and 50% of coral reefs destroyed, we are taking more from the ocean than can be replenished. We need to work together to create a new balance with the ocean that no longer depletes its bounty but instead restores its vibrancy and brings it new life.

“Revitalization: collective action for the ocean” is the theme for World Oceans Day 2022, a year framed by the UN Decade of Ocean Science and the celebration of the United Nations Ocean Conference, two years after being cancelled because of the pandemic.

END_OF_DOCUMENT_TOKEN_TO_BE_REPLACED

June SDG: Life Below the Water, Life on Land 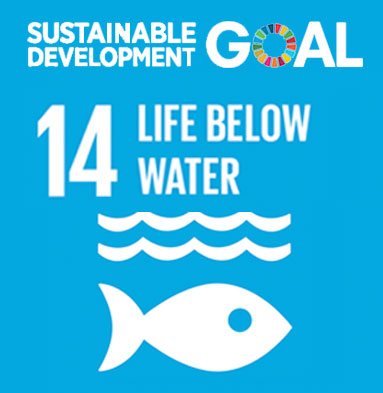 This month’s Sustainable Development Goal the Local Peace Economy is working on are threes: Goal 13 Climate change to take urgent action to combat climate change and its impacts on the other two SDGs; 14 Life Below Water, to conserve and sustainably use the world’s ocean, seas and marine resources and 15 Life on Land, to sustainably manage forests, combat desertification, halt and reverse land degradation, and halt biodiversity loss. The oceans and the forest make the Earth habitable for humankind. Human activities: overfishing, deforestation, pollution, and climate change – pose major challenges to sustainable development and have affected the lives and livelihoods of millions of people. Investing in sustainable management practices is critical for improving livelihoods and reducing risks for the economy.